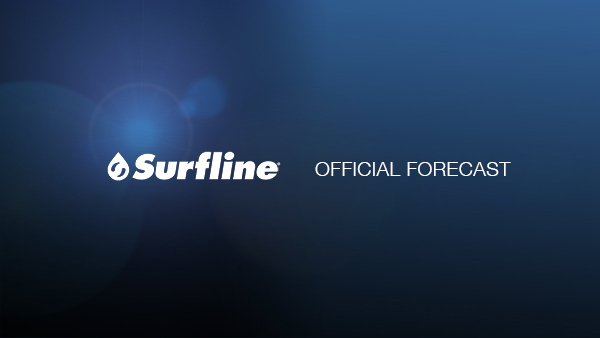 Recent satellite wind observations have revealed an area of 20-30kt NE/ENE winds over the South China Sea waters just NW and W of the Philippines. However, these winds are expected to diminish over the next 24-36 hours as high pressure weakens N/NE of the area. As a result, small-fun sized ENE windswell will continue for the ISA China Cup on Monday, before the surf gradually eases through Tuesday and Wednesday.

Computer models are showing occasional spurts of 20-25kt NE/ENE winds in our swell window in the South China Sea later Wednesday through early Friday, but the duration of these winds doesn’t look very impressive. As such, the surf we’re expecting only a modest increase in ENE windswell late Thursday through Friday.

Note: Some of the computer models have been showing a low end tropical system moving west of the Philippines and approaching Vietnam Thursday through Saturday. There is no consensus in the various models on this feature, and we thus have very little — if any — confidence on its potential SE swell heading into the weekend. Please stay tuned for updates, but at this point a tropical ESE/SE swell before the end of the event appears unlikely.

Light to moderate (5-13kt) NE winds will blow during the morning hours today before trending more ENE into the afternoon. Similar to slightly lighter winds continue through midweek. At this point, we are expecting light and variable winds Thursday morning to trend ESE into the afternoon. Light NNE/NE trending ENE winds are forecast for Friday.

A slight chance (20%) of showers is expected today and Tuesday. Better chances (30-40%) for showers expected Wednesday and Thursday. The best chances for rain over the next few days will be in the afternoons/early evenings. Note that showers can impact local winds and conditions at times.

ISA CONTINUES TO LEAD IN THE DEVELOPMENT OF SURFING IN CHINA: ISA CHINA CUP AND HAINAN CLASSIC November 23-28, 2014

ISA membership includes the surfing National Governing Bodies of 91 countries on five continents. Its headquarters are located in La Jolla, California. It is presided over by Fernando Aguerre (Argentina), first elected President in 1994 in Rio de Janeiro and re-elected eight times since. The ISA’s four Vice-Presidents are Karín Sierralta (PER), Layne Beachley (AUS), Casper Steinfath (DEN) and Barbara Kendall (NZL).

Sign up to our Newsletter To recive ISA news & Event Alerts

Warning: Invalid argument supplied for foreach() in /home/chinoca/domains/hainaninternationalsurfingfestival.com/public_html/2014/wp-content/themes/isa/lib/extras.php on line 340